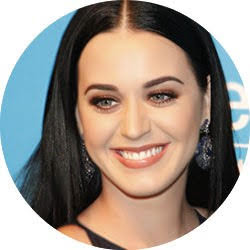 Born in 1984 in Santa Barbara, California, Katy Perry is an American singer and songwriter best known for her hit, I Kissed a Girl. Perry experienced a seemingly-sudden rise to fame. But did she really? In fact, Perry experienced numerous heart-wrenching failures on the path towards stardom before she ever became a household name.
In her childhood, her family faced severe struggles, oftentimes living in poverty, having to use food stamps just to get by, which had a big impact on Perry’s upbringing. From an early age, she realized that things weren’t easily obtained and that she would have to work hard for it, something that clearly stuck with her through the failures.
Growing up, she and her siblings listened to Gospel music often. At the age of 13, she has gifted a guitar, and shortly thereafter she began performing the songs that she wrote using that very guitar. However, she was far from famous. In fact, fame was going to elude her for quite some time.
In 1999, at the age of 15-years old, she dropped out of high school after completing her GED in order to pursue music full time. She moved to Tennessee where she signed with Red Hill Records and debuted a Gospel record entitled, Katy Hudson in March 2001 at the age of 17-years old. It sold only 200 copies before the label ceased its operations a few months later.
In 2004, at the age of 20-years old, she signed with another label called Java, which was associated with The Island Def Jam Music Group, to work on her solo record. However, after Def Jam dropped Java, the record was shelved. Afterwards, Perry signed with Columbia Records and recorded new music over the next two years. But before the record was completed, she was dropped from that label as well.
However, her big break came in 2007 when she signed with Capitol Records. In 2008, when she released the would-be-hit song, I Kissed a Girl, Perry was 24-years old. What seemed like an overnight success actually took 9 years to accomplish from the time that she had dropped out of high school.